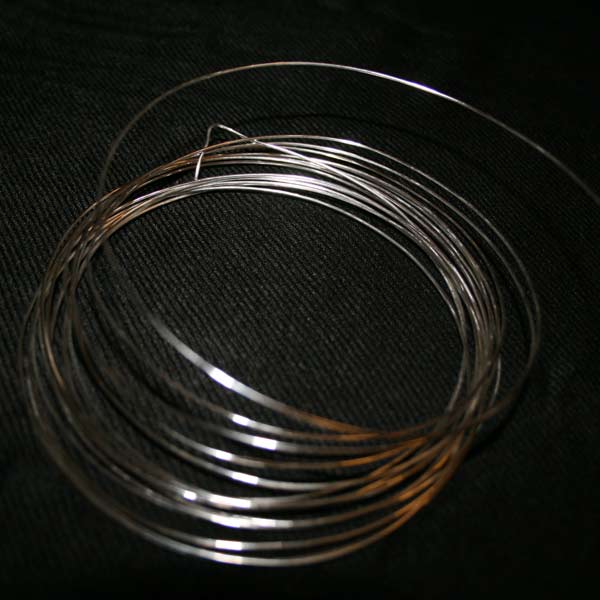 I found a shop on St Mary's Street in the Old Town which sells jewelery making supplies and picked up a 10m length of 0.8m silver plated copper wire for the bargain price of £4.50. At home I looked around for a suitable mandrel and found a short length of metal bar from an old portable TV aerial (who said jewelery-making wasn't glamorous?) and set about winding the wire round it.

Winding will be much easier next time when I get a decent length mandrel and drill a hole in it to hold the wire. In this case, I just did it with my hands. I have a lovely blister on my index finger to prove it. Lesson learned.
Once the wire was wound, I slid the mandrel out and was left with a (not very springy) spring. It wasn't as uniform as I had hoped for - the diameter was the same all the way along, but there were a few small gaps between each turn. I suspect this won't make a huge difference, but some rings will be more open than others when I am finished. Hopefully it will not affect the size of each ring too much. 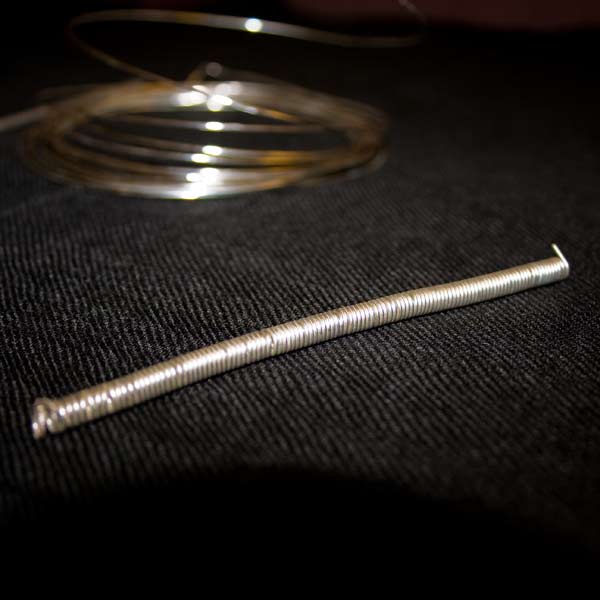 Before cutting it, I decided to make sure that I didn't lose the rings all over the floor. Paul had recommended taping the wire before cutting, but I am out of masking tape and Sellotape wasn't sticking so well. I slid a length of thread through the middle of the wire and tied it in a loop - my thinking was that most of the rings would end up hanging on the thread. This was fairly successful although I found a lot of the rings ended up linked round the blade of the saw - this meant that the thread tended to get a bit tangled.

Next time I may try without the thread or tape. I was holding the rings between my fingers anyway, so I don't think too many will fall.

I put beeswax on the blade of the saw as recommended (for silver anyway - not sure what I was supposed to use with copper) and it seemed to do the job. It cut much more quickly right after applying the wax, so I stopped regularly to apply more. After being so careful not to drop any of the rings, I was a bit gutted when I stood up and knocked them all over the floor anyway. 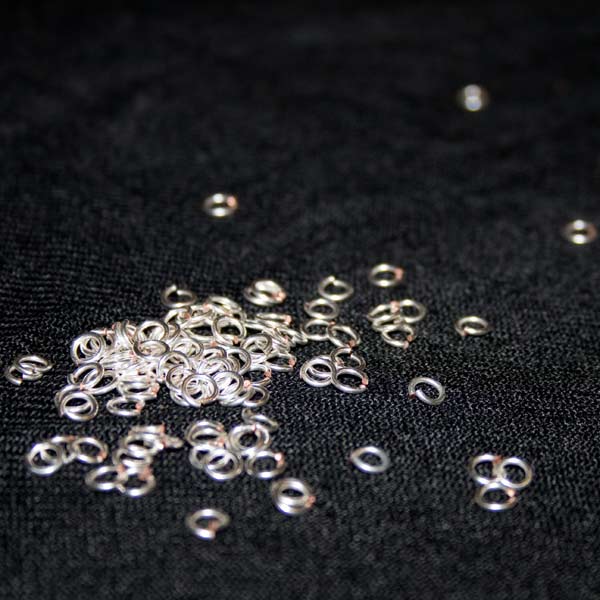 I now have 110 shiny little circles ready to link together. I suspect I'll need more to make anything useful (Terri's Byzantine chain bracelet took 200) but I still have plenty of wire left over to make more.

Daws: Now comes the fun part, tweaking them so they are all flat! .-= Daws´s last blog ..Myspace =-.