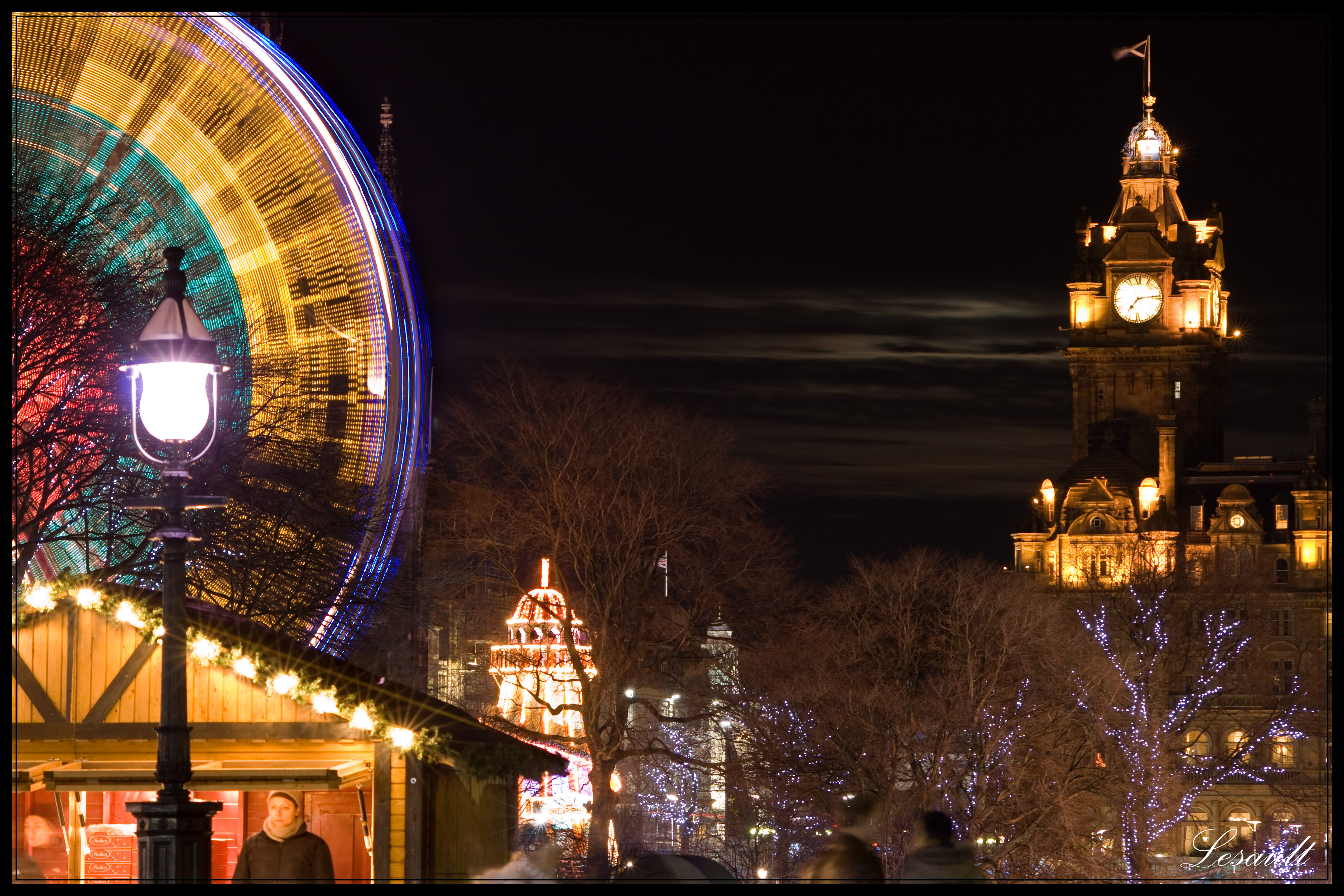 Yesterday, @rich_dyson invited me to join him taking some long exposure photos of the Edinburgh Winter Festival in Princes Street Gardens.
We met near the 'Giant Wheel' and set up the cameras in the middle of Princes Street looking towards the wheel, carousel and helter skelter. I knew I wanted a long exposure to blur the wheel and people, and to get some nice light streaks from taxis and buses passing in front of us. With my 18mm lens at the smallest aperature, the exposure was about 15", so I put put on an ND8 to increase the length of exposure.
I am happy with about 3 of the 20 or so photos I took, the best is probably this one: 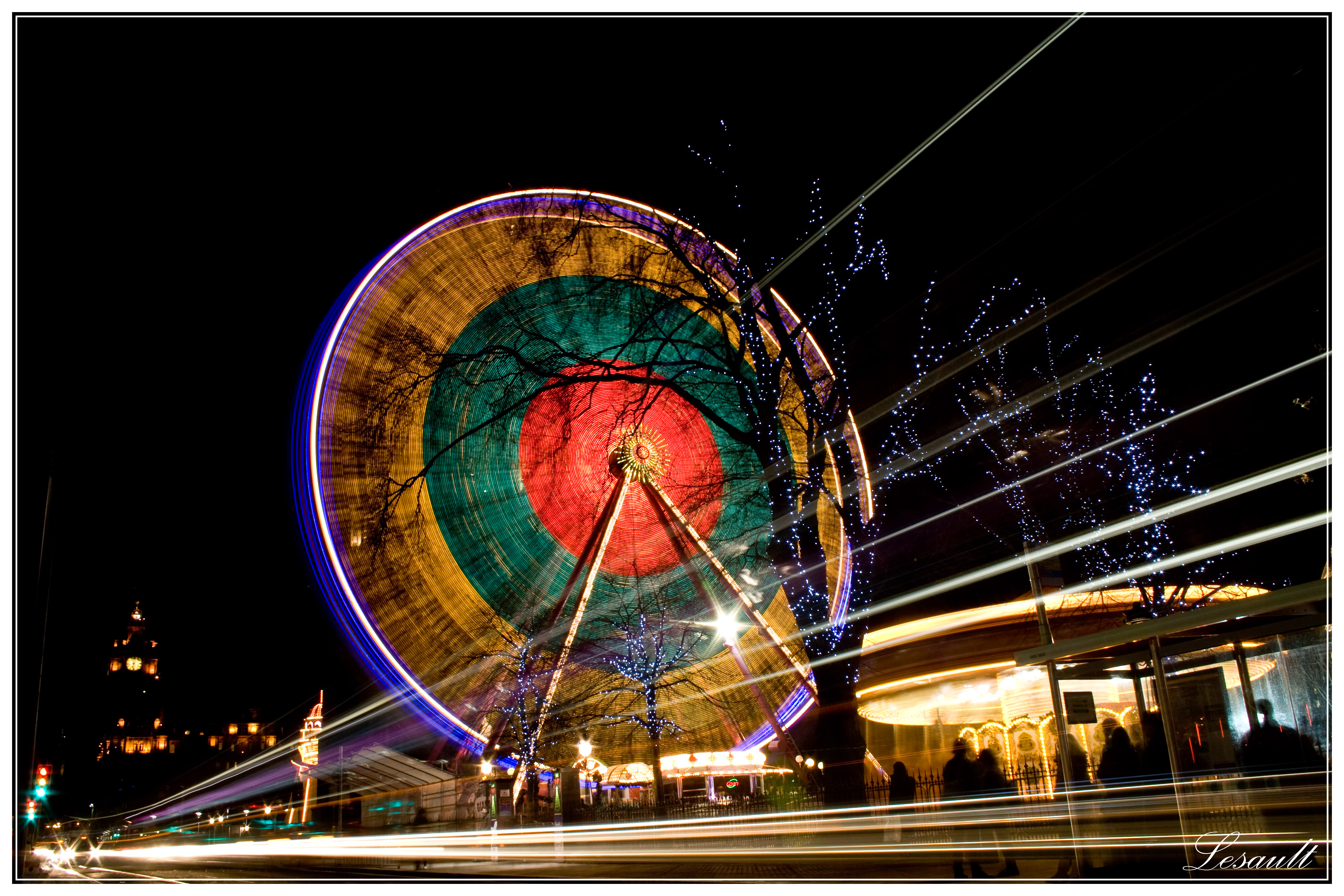 After that we took a wander through the 'Scottish Market'. I had taken a photo earlier of 'Amelia' who was doing Tarot readings in her Gypsy Caravan (are you still allowed to say 'Gypsy'? I can never remember)... although I did see another woman giving readings there earlier - I wonder if there really is only one Amelia. 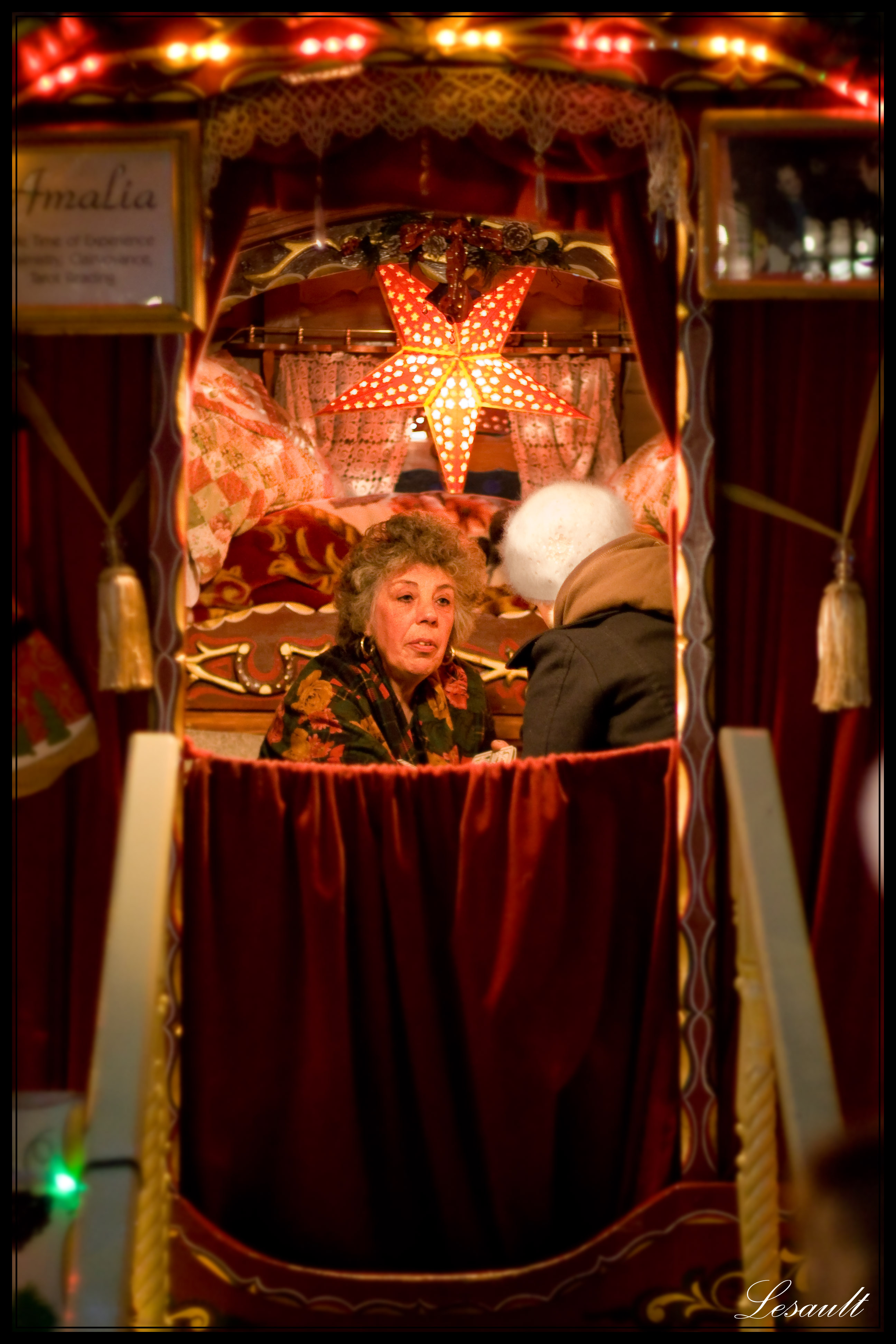 I did a bit of photoshopping to add detail back into the sitter's white hat and reduced the exposure of the background which was a bit bright before.

We set up on the Plaza between the Art Galleries at the bottom of the mound where I took the photo you see at the top of this page. It is actually a merge of 2 photos, the wheel, shed and clock tower are from one, the sky, trees and helter skelter are from another - I think it was worth editing to get the nice sky.

I had never tried a long exposure with my long lens, so I also took a close-up of the clocktower on the Balmoral Hotel from the same position. 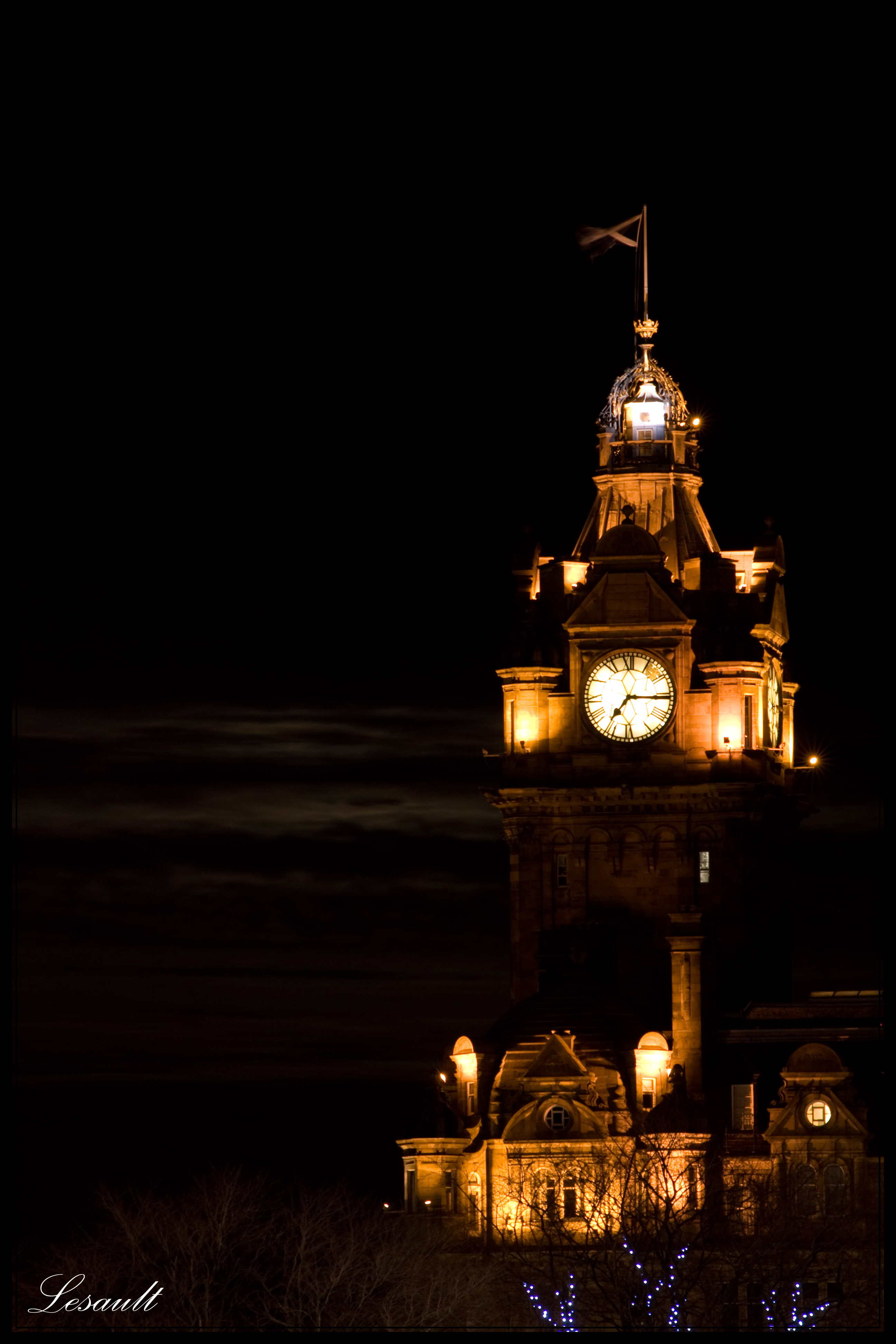 Unfortunately, the nice moonlit clouds were beginning to disappear.