13 steps to an antique phone case

My girlfriend wanted a unique and interesting case for her mobile phone to replace the one she was using. She had seen handbags made of old books and I had recently bought a Dodocase for my playbook and that gave us the idea of hacking an old book into a phone case. Here's how I did it and how it looks... 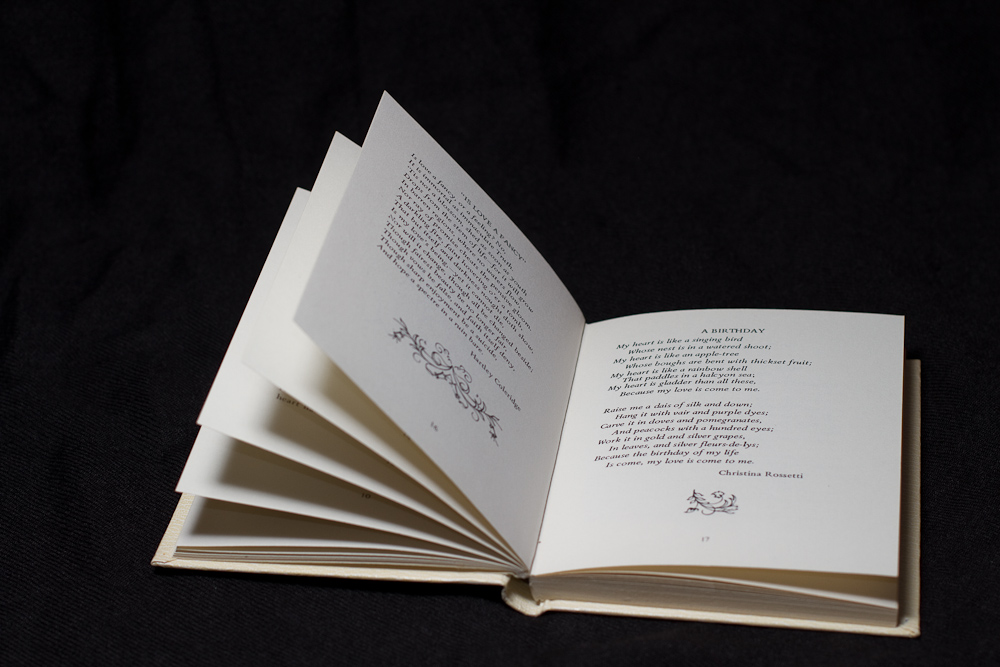 Step 1, find an attractive book about the right size for your phone. We looked in book shops and charity shops before finding a nice ivory coloured book titled "An Anthology of Love" - try not to pick a rare or valuable book! 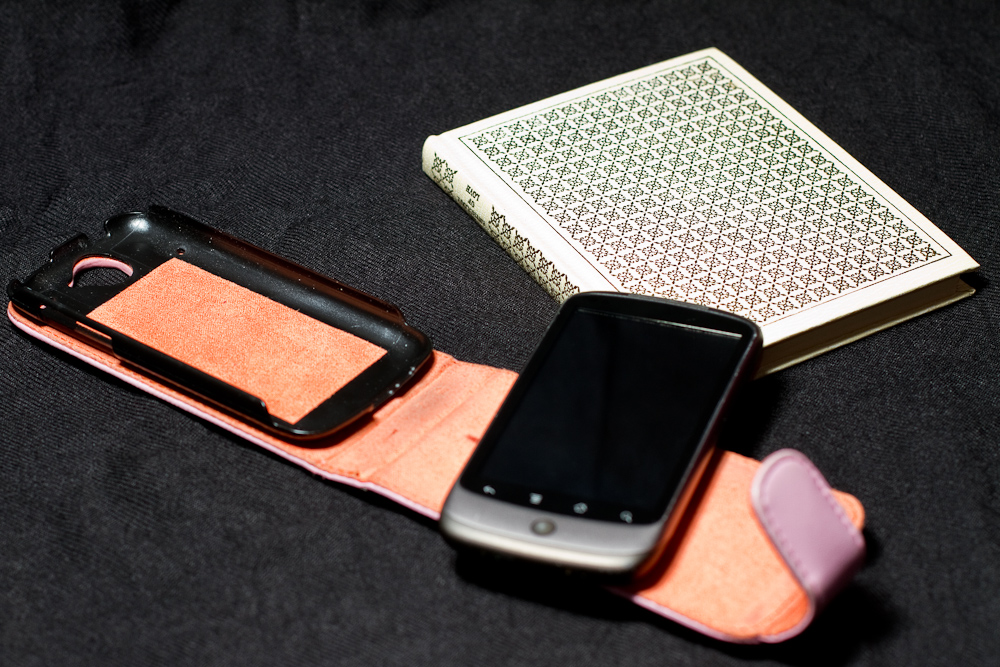 Step 2, get a cheap case for your phone which you can steal the mount from - the one we used was from eBay and cost £1.99 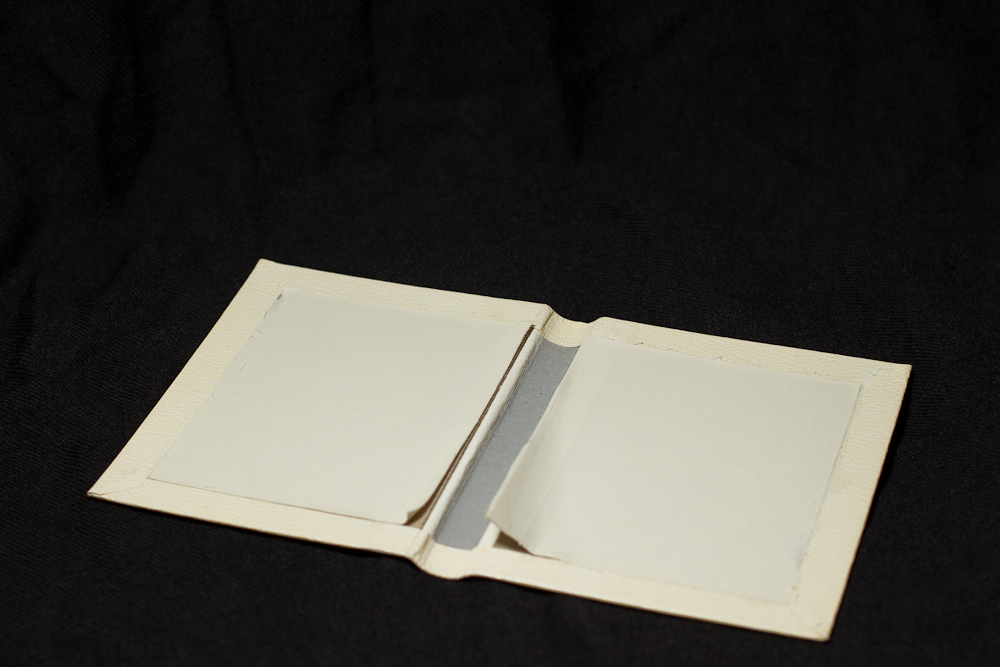 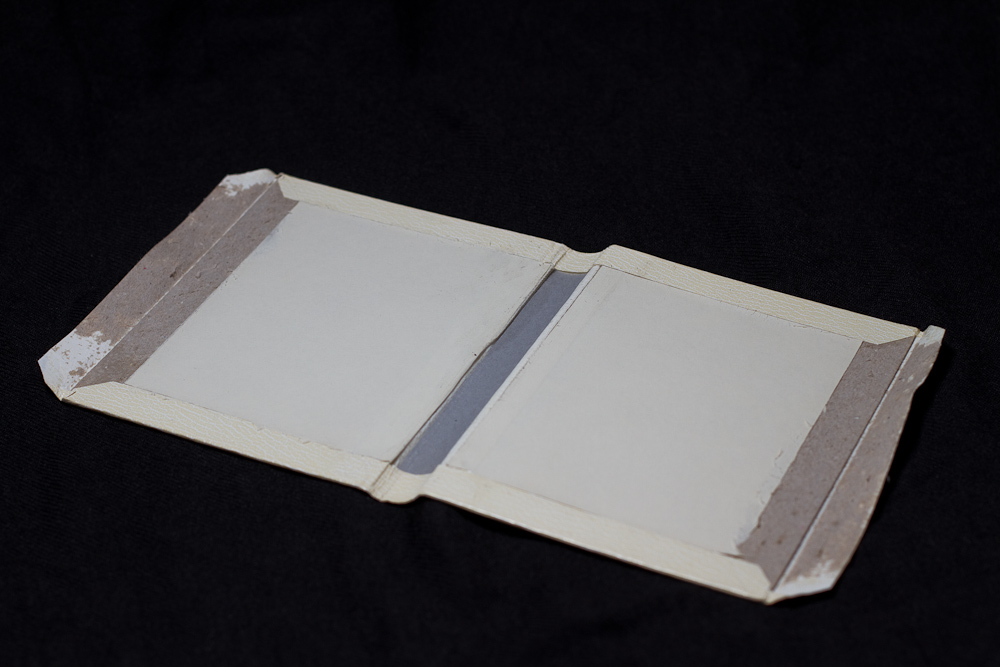 Step 4, Glue down any parts of the paper which are hanging off - I used PVA 'white' glue. Also unstick the edges of the outer cover and flatten them out. 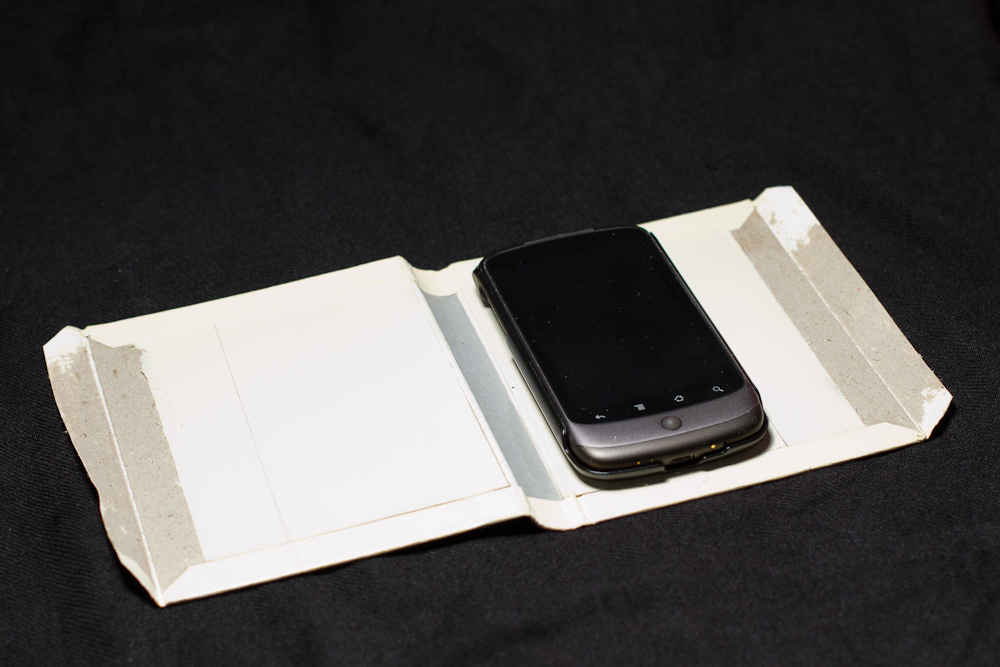 Step 5, Put your phone, in the mount, in place on the cover and mark where the cardboard needs to be trimmed. 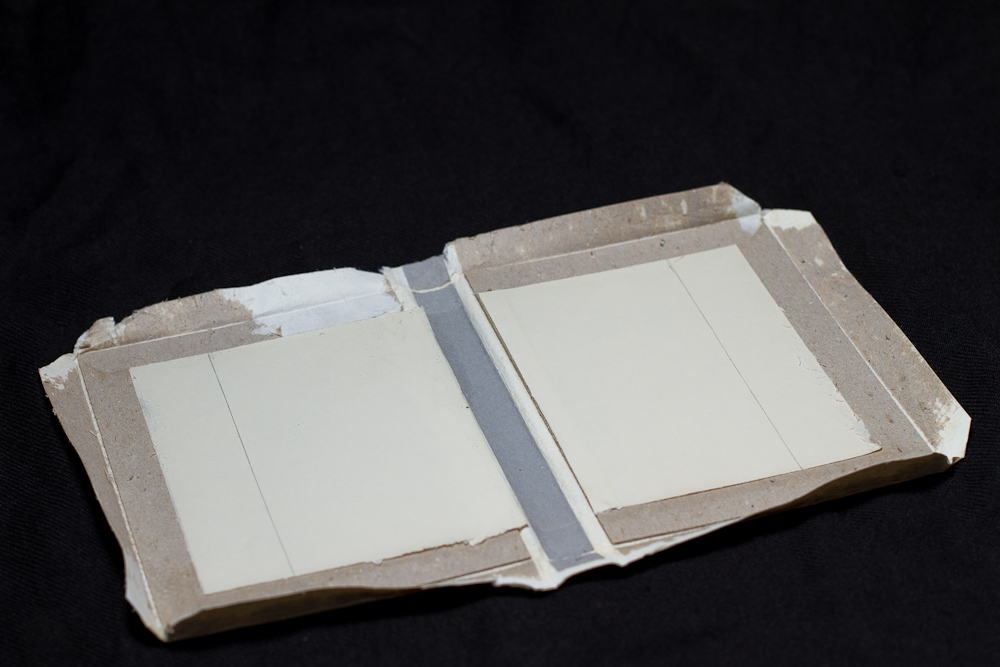 Step 6, Unfold the other edges and draw straight lines where you are going to cut the cardboard.

Step 7, Carefully peel the outer cover away from the cardboard until you are just past the line, then cut the cardboard with a craft knife and steel rule. 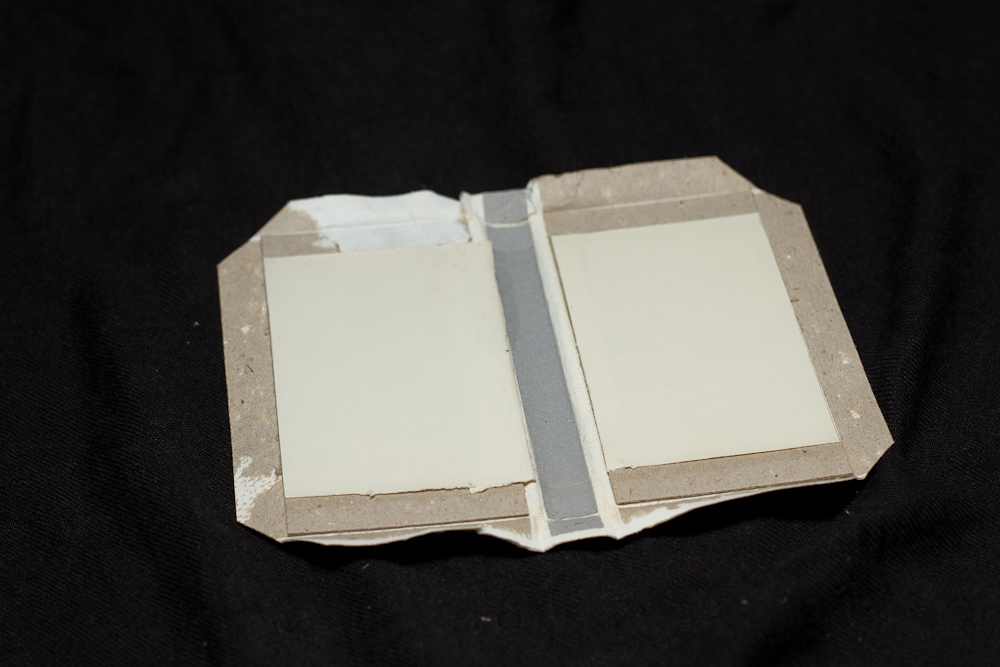 Step 8, Trim the outer cover to size - use the existing cover as a template. 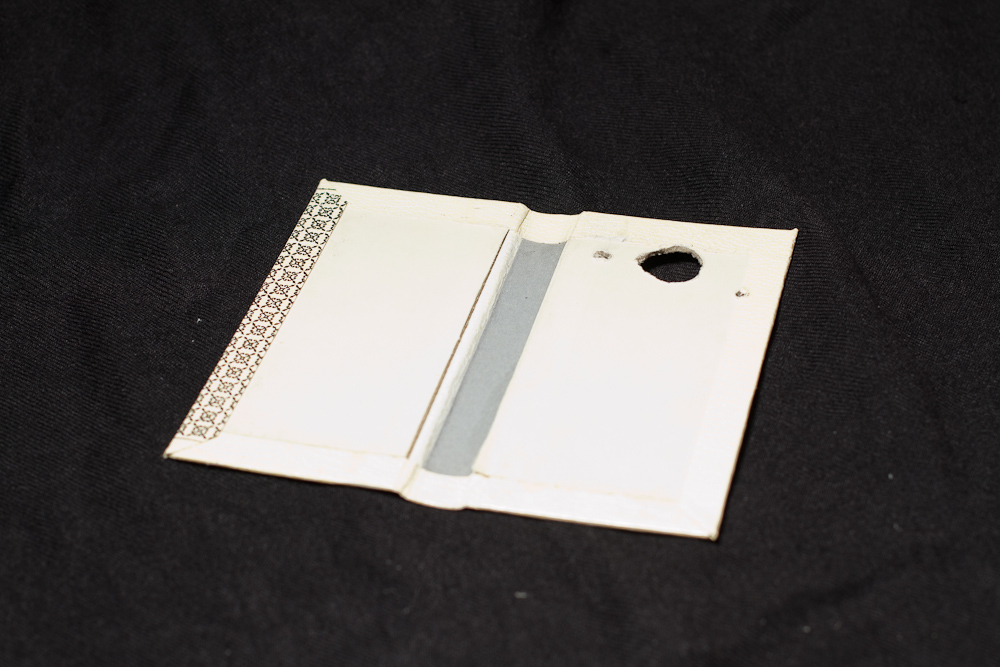 Step 9, Glue the outer cover down nice and tight, and cut any holes you ned for the phone camera etc.

Step 10, Glue a ribbon across the middle of the cover to allow you to tie it closed later. Glue it firmly - I used a hot-melt glue gun.

Step 11, Cover the inside of the cover with a rectangle of paper. Glue it down firmly and take the opportunity to print a fancy inside cover if you like.

Step 12, Glue the plastic mount into place - again I used hot-melt glue, and plenty of it! 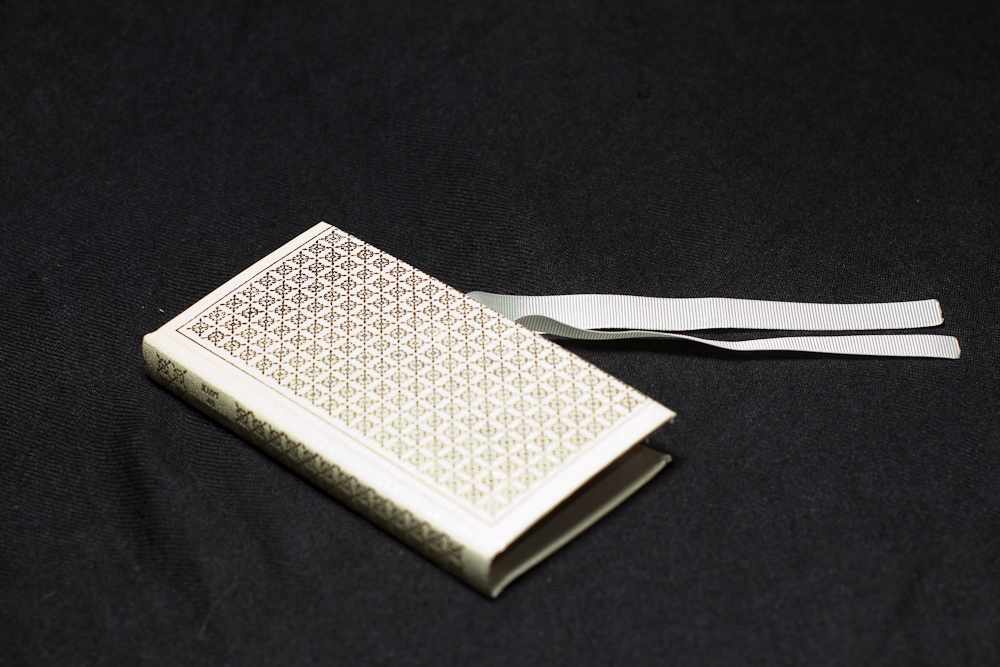 Step 13, Put your phone in the mount and show it off to your friends :) 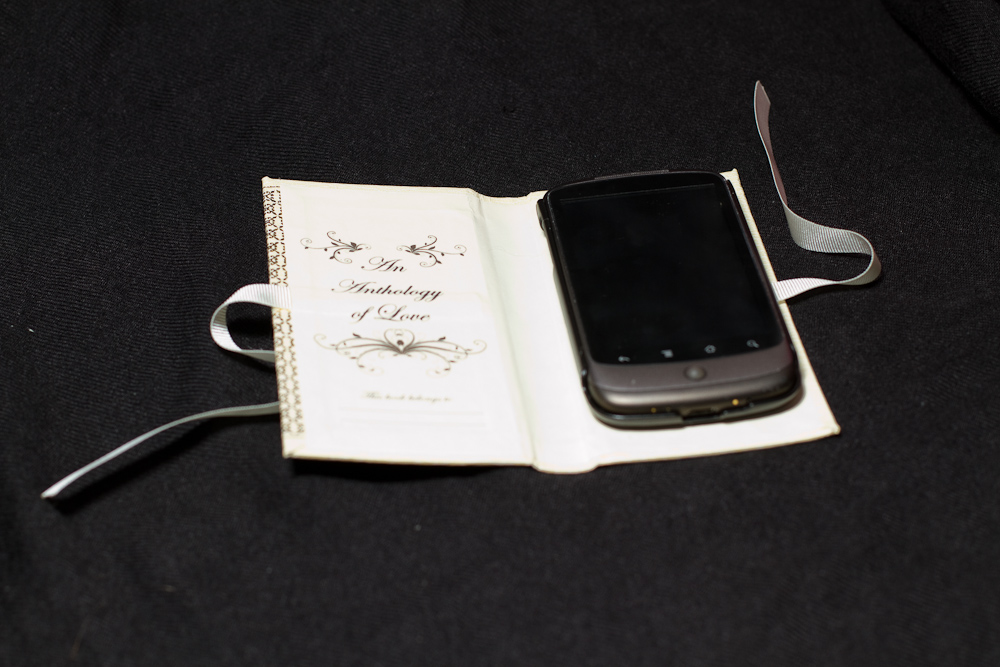 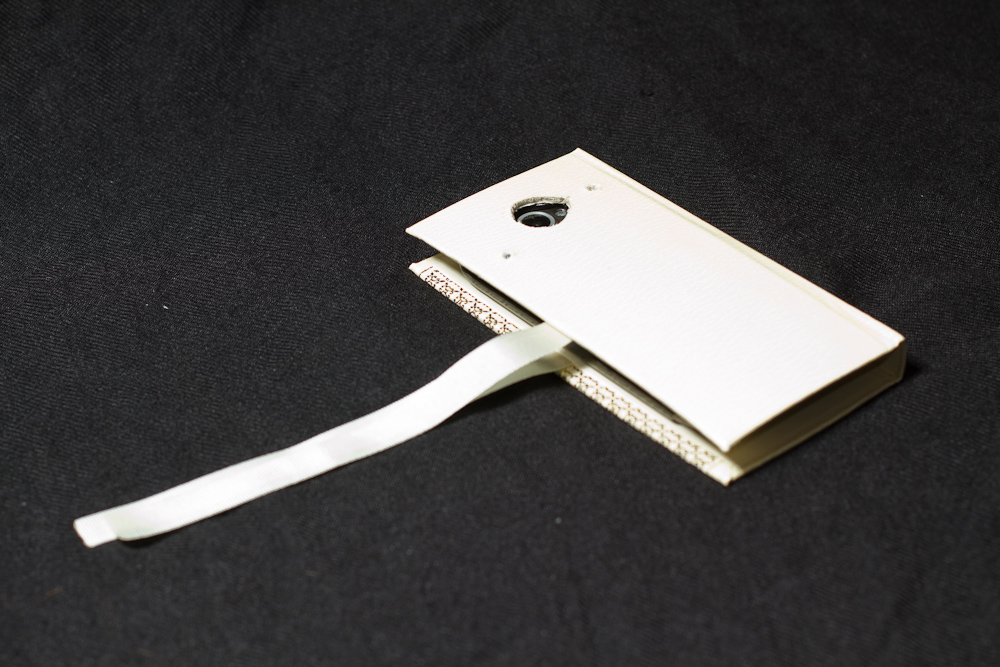